Last week, the ESB announced the latest batch of renewable energy projects around the country that will be offered a connection to the National Grid over the coming years. Among them is a proposed 5MW solar park in Marlinstown on the site of the former landfill, which is being promoted by the Mullingar Sustainable Energy Community, with support from Community Power, Mullingar Chamber of Commerce and in consultation with Westmeath County Council.
The project is at a very early stage of development and the announcement last week by the ESB is just the first tentative step in a long process to bring this project to fruition. Further steps will include testing its feasibility, consulting widely with the local community, seeking planning approval and securing the necessary funding to develop it. If the project is successful, it will be Westmeath’s first 100% community-owed renewable energy project. The local group behind the proposal, Mullingar Sustainable Energy Community (SEC), says that it will represent a huge step forward for Mullingar in securing its energy future and making a very significant contribution towards lowering the town’s carbon footprint.
The Mullingar SEC was inspired by a number of other communities across Ireland who have already begun to take steps to take control of their own energy futures. If the project goes ahead, the solar park will provide renewable electricity for Mullingar as well as employment and educational opportunities. There may also be opportunities for recreational and biodiversity spaces as part of the project also. Because the solar farm will be community owned, it is intended that all profits will be invested in improving the energy efficiency of the town and helping to combat fuel poverty. The SEC intends to establish a Co-operative to develop and operate the solar park. The group also noted that solar parks are growing in popularity due to the fact that they have a low visual impact and can be installed on sheltered sites, as well as regenerating this landfill site.
The SEC is liaising closely with Westmeath County Council who are currently considering the next stages in the development of the project, including planning permission. It is expected that more detailed proposals for the project will be shared by the Mullingar Energy Community early in the new year. 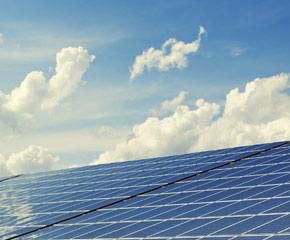 Speaking following the announcement by the ESB, Cllr. Hazel Smyth, Chairperson of the Mullingar Sustainable Energy Community, said:
“This is a very exciting first step towards generating a brighter future for Mullingar and Westmeath. While there is a long way to go with the project, a 5MW community-owned solar farm is a win-win scenario: it’s great for the economy of the town and it’s great for the environment. It will also secure the energy future of the town for years to come.”
Welcoming the news from the ESB, The offer of the grid connection from the ESB for the project was also warmly welcomed by Mullingar Chamber of Commerce. Chamber President, John Geoghegan, said:
“Mullingar Chamber is delighted to see this work progress to the next level where a 5MW solar farm could be delivered in the town at the site of the old landfill in Marlinstown. This is the beginning of a long journey that we will take to embrace a more sustainable future. We would like to commend the work of the members of both SECs in driving this forward and we very much look forward to doing all we can to assist in this exciting project”

Background notes:
Mullingar Sustainable Energy Community was formed in 2018, supported by the Mullingar Chamber of Commerce, with the objective of encouraging the local community to become more energy efficient and to source renewable energy where possible. More information see: http://mullingarsec.ie
The network of Sustainable Energy Communities, supported by SEAI, is growing in County Westmeath, and includes the Columb Barracks SEC (also in Mullingar), Castlepollard SEC, and others which have demonstrated significant and widespread community interest in the utilisation of local natural resources in a sustainable way.